The 17th Dubai Airshow 2021 took place in the United Arab Emirates from 14 to 18 November.

AVIAHELP successfully participated and presented at the international air show its professional services in the field of spares supply and maintenance. As part of the event, AVIAHELP employees managed to productively discuss with colleagues and clients aircraft parts repair, exchange relevant information in the field of aviation, as well as strengthen old and establish new partnerships. Also, representatives of AVIAHELP held a series of successful negotiations with foreign partners, signed new agreements and took part in the business program of the exhibition.

Dubai Airshow is the international and largest air show in the Middle East, bringing together leading players in the aviation market to showcase their achievements in the aviation industry. This exhibition is a global event in the civil and military aircraft industry, attracting global attention from government, military and business circles. Such a high-level professional event gives its participants the opportunity not only to get acquainted and to communicate with responsible persons and experts, but also to find new partners, conclude profitable deals, and also see the newest achievements in the field of aircraft construction. 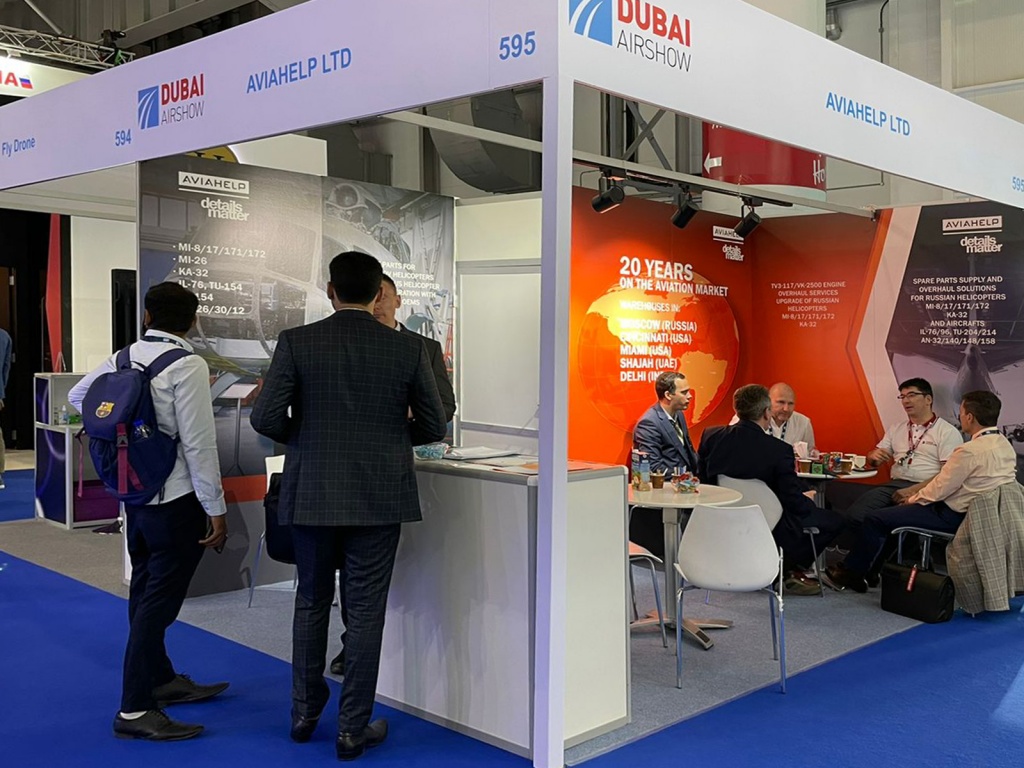 “It is difficult to overestimate the importance of the international aerospace exhibition Dubai Airshow for the Russian aviation industry, which has long attracted foreign partners in the Middle East,” said Yuri Ridzel, the General Director of AVIAHELP. According to him, participation in such air shows is necessary for the company in order to strengthen its positions in the world market. “Dubai Airshow has once again proved the importance of face-to-face communication and live networking, making business meetings more successful and promising.” - said Mr. Ridzel.

This exhibition differed from the previous ones with a rich and spectacular flight program, in which 160 aircraft from all over the world were demonstrated, including the world's largest passenger aircraft, business jets and fighters.

More than 1200 companies from 148 countries took part in Dubai Airshow 2021, and the number of visitors to the aerospace exhibition was more than 85 thousand people.

The air show has been held since 1989 with the support of the government, civil aviation of the Emirate of Dubai and the UAE Ministry of Defense once every two years.